Home » All » The Overstory by Richard Powers 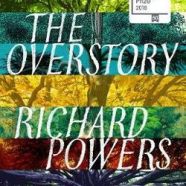 The Overstory by Richard Powers

If the measure of a great book is whether it makes you think about things differently, then this is a great book.

The Overstory starts off as a collection of stories that merge into a single tale of mankind and its relationship with the environment. Some people have labelled it “environmental fiction” but that strikes me as an unfairly narrow label (a bit like calling Huckleberry Finn travel writing).  I also don’t really get what “environmental fiction” is – would Barkskins qualify? I just think it’s a great book.

It is the twelfth novel by American author Richard Powers and was shortlisted for the Man Booker Prize in 2018.

The short stories introduce nine individual characters whose lives are all connected to trees in some way. There is Nick, who grew up under a mammoth chestnut tree planted from seed by his Norwegian ancestors.  Adam, whose father planted a different tree specimen for each sibling in his family and Neelay, whose fall from a tree as a child set the path for his future. My favourite was the story of Patricia, whose father introduced her to the world of trees when she couldn’t find her way with humans.  She would go on to dedicate her life to the research and publication of ground-breaking theories on forestry. She was mocked for her first findings on how trees send messages to each other but later revered for her pioneering work.  By the by, if trees really can talk, imagine what they’re saying to each other about each approaching dog.

Each story more unexpected than the other, I loved this part of the book.

Half way through the novel, a backdrop starts to emerge. It is the 1980s and the beginning of a phase of violent eco-activism in America. Each of the nine characters plays a role in either protecting some of the oldest and biggest trees in America or at least helping readers see them differently.

Two of them spend a year in protest at the top of a 2,000-year-old Californian Redwood while another gives expert evidence in support of an injunction to stop major clearing.  One considers new theories on the intellectual property rights of trees and another is convinced they are talking to her.

The Overstory is no light read. At 503 pages long and virtually 4 books in one, it took me every poolside moment of a 10-day holiday to work through.  I wanted a little more clarity at the end, but the topic of man and the environment will always be a work in progress and I challenge anyone to wrap up a novel of this magnitude and ambition neatly.

The Overstory is fact wrapped in fiction, layered with the murkiness of human psychology.  In terms of reading, it is as close as I am likely to get to a thesis on forestry, the environment or activism and yes it has made me see things differently.